Many years ago (12 to be exact), my wife came across a book whilst shopping in Devizes. The book was called Frozen and the author shared my name. She wrote a message inside the cover and gave it to me for my birthday. Well yesterday I discovered the other Richard Burke’s website (www.richardburkeward.co.uk/) and decided to send him a message. 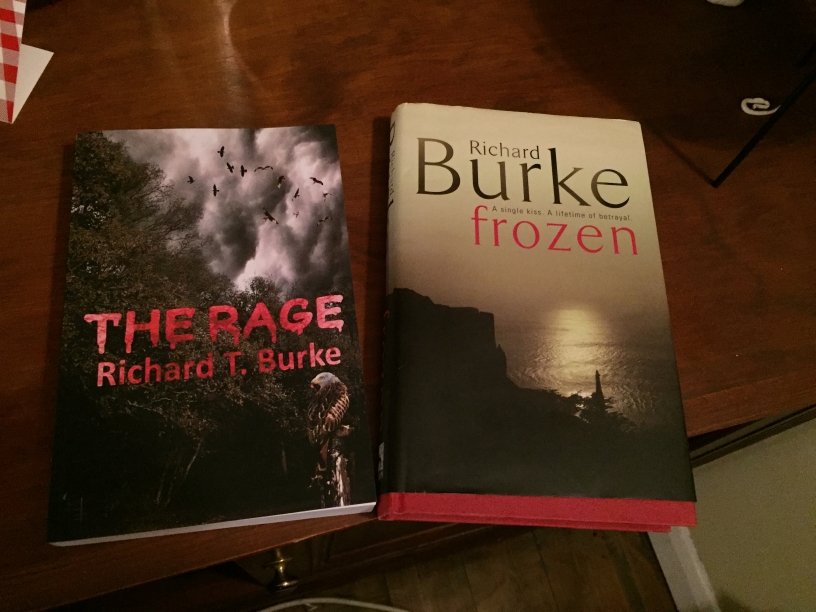 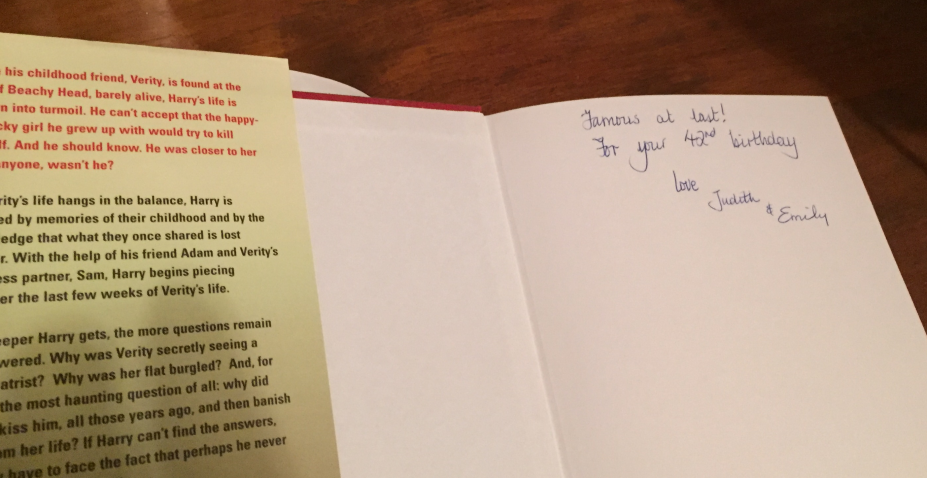 Richard responded almost immediately and offered some very interesting insights into the life of a published author. After the success of the first book, published by Orion, he struggled writing the second but eventually published Redemption through the same publisher. Interestingly his third book, Payback, was self published and Richard says that he would go down this route again for any future books. In his words, “far easier and potentially far more lucrative”.

You can find Richard’s books on Amazon here.

In a show of solidarity he also bought a copy of The Rage and offered to act as a sounding board if I wanted to bounce any ideas off him – a generous offer for which I am very grateful.

When I read Frozen all those years ago (I recall that it was very good), I never thought that I would ever write my own book and exchange emails with my namesake.

Hopefully we will now stay in touch. After all, us Richard Burkes must stick together!

In a previous post I mentioned that I was going to use the services of somebody on fiverr to help promote my book during my Kindle free promotional days.

Over the 5 days approximately 2000 free copies were downloaded but can you spot the days when the book was being actively promoted? They were in fact the first three days shown. Yes, Sunday the 14th was the day with the highest number of downloads but in terms of overall numbers the first day was also the lowest. It’s also interesting that there were a few free downloads on the 6th day – I assume this is something to do with different time zones.

I read somewhere that the best promotional days are Wednesday, Thursday and Sunday and this is borne out by the figures although I didn’t actually include a Thursday.

Another point of interest is where the downloads came from. Approximately 95% originated from Amazon UK but I guess this is hardly surprising since to date that is where all of my reviews have come from. Also the story is set in the UK and might not appeal so much to your average American reader.

So what are the conclusions?

Now all I need to do is wait for the deluge of sales to come rolling in!!!

The Rage – An update

So The Rage has been available on Amazon now for just over two months and it’s been a mixed bag. The feedback so far has been very positive – six out of six five star reviews (update – now 10 out of 10) including some from people I don’t know. I’ve sold over sixty copies in hardback and about a quarter of that in Kindle format but things have stalled a bit at the moment.

I need to promote!  KDP Select offers the option of five days of free promotion during each three month period. You might wonder how giving a book away for free can improve sales but the idea is that you promote your book on free book sites and get the numbers of downloads and reviews up. Once you pass a certain critical mass, Amazon starts promoting your book when readers are looking at details of other books in the same genre or at least that’s the idea.

There are numerous lists on the Internet of free book sites but I came across a website called fiverr where there are people who will promote your free book at the top 25 free book sites for $5. It would take me several hours to enter details on all the sites so it seems like money well spent.

The promotion runs from February 13th to 17th so I will see how it goes. If you can’t wait until then I urge you to get a copy at a very reasonable £1.99 on the Amazon Kindle store!