Spoiler Alert – The following article gives away some plot elements from The Rage.

The Rage was recently chosen as the book of the month at a book club in Hook, Hampshire. Sue Morrow kindly invited me to attend their meeting and on Thursday I finally met my public! It was with some trepidation that I turned up clutching a copy with the newly designed cover. My nervousness increased when one of the club members arrived with a long list of typed questions. Were they going to rip the book to shreds and lambast me for my poor prose? Were they going to throw my book on a literary bonfire and torture me with cries of derision?

I exaggerate slightly; I play badminton with Sue’s husband, Owen, and most of the members were either friends of friends or their partners. Owen and I discussed beforehand the code word to bring him running and rescue me should things turn nasty, but we didn’t actually get round to choosing one, except maybe “Help!” 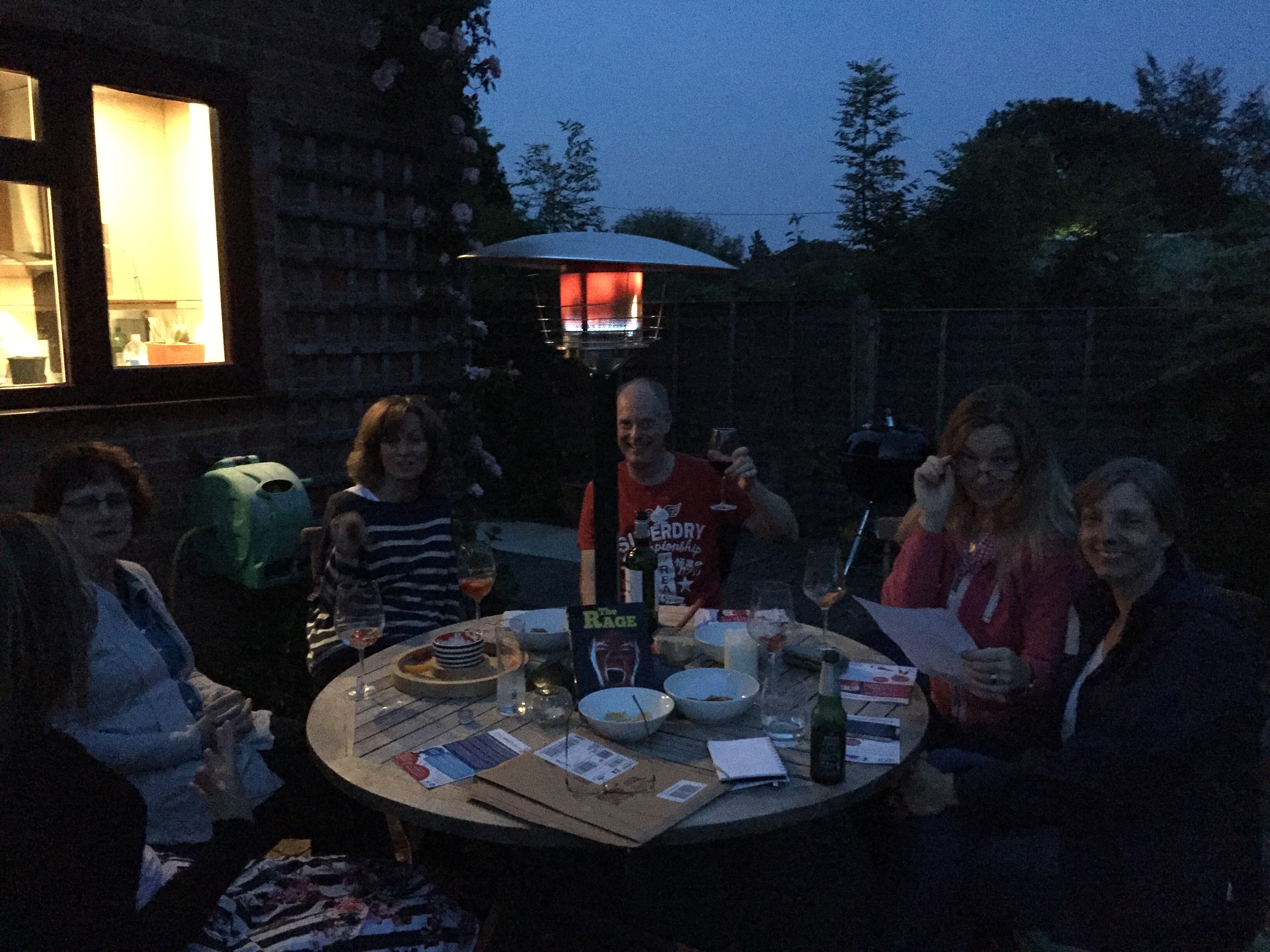 Caroline trying  to look intellectual with her list of questions. From left to right: Lou, Sue, Alison, Clive, Caroline and Liz

I needn’t have worried. We sat outside looking onto Sue and Owen’s immaculately kept garden, kept warm by a patio heater (technically it’s not yet the start of summer). Our hosts plied us with alcohol and snacks and the conversation soon turned to whether a woman who suspected her husband had just been murdered would sleep in the same room as a paramedic who had just saved her life three times in the space of four hours; or whether the pub landlord would be happy for the same paramedic to spend the night locked in the cellar with his psychotic wife and daughter.

I have included a scanned copy of the questions below: 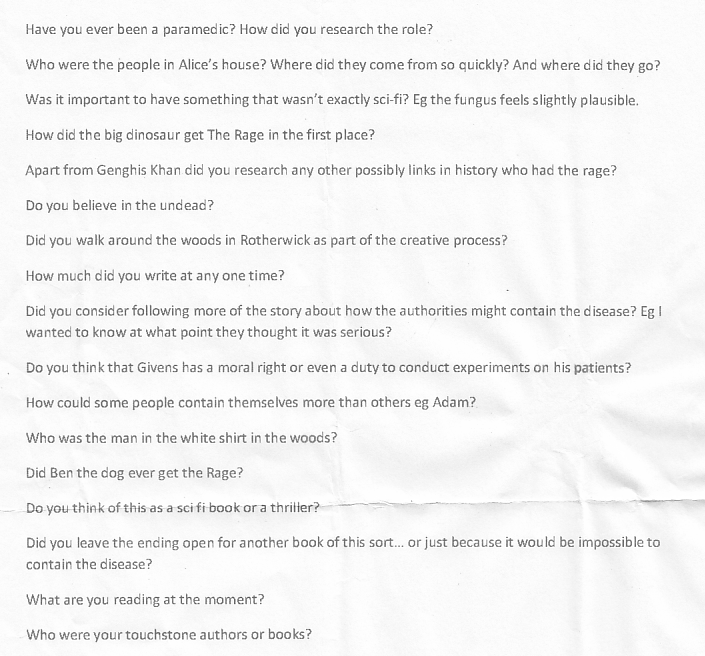 I have to admit to not knowing all the answers. For example, I hadn’t really thought through what all the characters were doing when they weren’t the focus of attention. After all, you have to leave some things up to the reader’s imagination.

It was interesting (at least for me) to chat about what people thought worked well and what worked less well. There was even some talk about what direction a sequel might take, not that I have one planned at the moment. The next book (Decimation) has nothing to do with The Rage.

In conclusion, it was a very enjoyable evening. Thanks to everyone who attended for making me feel welcome and especially to Sue and Owen for their hospitality. I also greatly appreciate the offer to act as beta readers for the next book.

After meeting my readers, I finally feel like a real author! 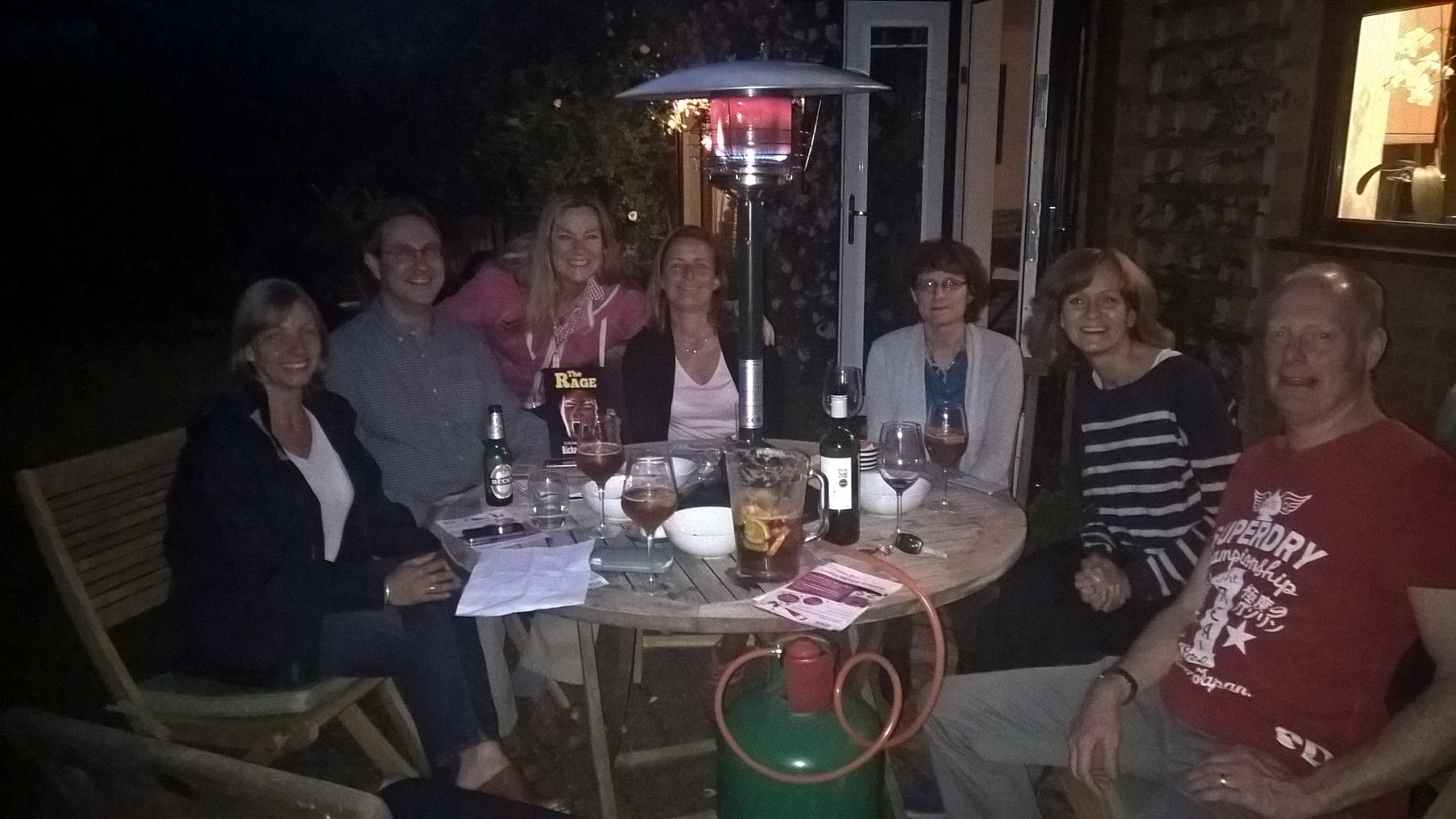 A review of automated editing tools